1. A jump over the border 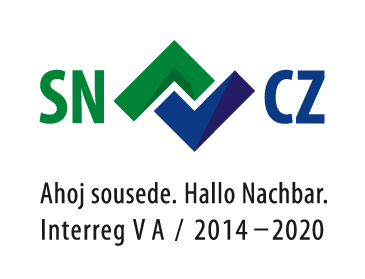 A project for meeting and getting acquainted with foreign cultures aimed at improving cultural tolerance and reducing the spreading xenophibia in the czech-german border region.

The project days as part of the cross-border project “Ein Sprung über die Grenze” (“A jump over the border”) will be put into reality with our german partner Emil e.V. Zittau, with whom we agree that mutual understanding and tolerance are the key to a better living together of the nations. With our activities we want to give children and adults the chance to exceed our own cultural horizon and support not only living together of czech and german people, but also of other ethnic groups living on both sides of the border.

The project covers public education for german-czech visitors, for example lectures, screening of documentaries about actual social policy in Asia and Middle East or educational days for children from the czech-german border region. A nice variety will also be the Eastern Tunes Festival, where not only local artists but also artists who will present contemporary and authentic pieces from Asia and Middle East.

The project days will take place partly im Mikulášovice on the premises of the Thonmi association, in Rumburk at the teahouse Na Kopečku and at our partners in Zittau at the music club Emil.

The event is part of the project “Ein Sprung über die Grenze” (“A jump over the border”) which is supported by the European Union from the fonds for regional development as part of the cooperational program Czech Republic – Freistaat Sachsen 2014 – 2020 with the fonds for small projects in the Euroregion Neisse.

The massive development strategy of the Chinese government has caused enormous changes in the West of the country in the last fifteen years. Urban areas are sprawling, industrial centers are expanding and a growing network of roads, highways, railways and airports is providing access to the formerly remote parts of the Tibetan plateau. Countless governmental modernization projects not only change the landscape but also affect the daily lives of local residents like the Tibetan nomads.

They are being displaced from the steppes, their original environment, and they have no choice but to move to the cities or settlements that the government has built for them.

A school project for Tibetan nomads offers these people the opportunity to learn new crafts that will ensure their future in the urban environment and allow independence from governmental financial support. Currently, there are two schools in Qinghai province, Zeku District, which teach former nomads mainly in the field of traditional medicine production, traditional craftsmanship, motorcycle repairs, or sewing Tibetan clothing. The total number of students is around 60.

This project was initiated and managed by the Tibetan nomads themselves. In the course of long-term operation, the training center shall be able to finance itself, using revenue from products sold or from providing craft services. However, financial assistance covering class rents, teachers’ fees, and supplies is needed. Your support for a Tibetan nomadic apprenticeship project will enable these people to adapt and find their place in a rapidly changing Chinese society – so they and their children will have a chance to take part in deciding on their country in the future.

Since 2008, this project has been supported in the Czech Republic by the Potala Association in Prague.

In 2007, in cooperation with the Czech Center in Beijing, a Czech-Qinghaj cultural cooperation was set up to bring the Czech Republic, it’s culture and history to the inhabitants of the eastern Ambo area of ​​Qinghai province. At the same time, this cooperation increase the awareness of the eastern Tibet region in the Czech Republic and Europe. As part of this collaboration, the first Czech film festival in Xining was held in 2007. Unfortunately, the planned Tibetan Film Festival in the Czech Republic was not put into practise due to the impact of the financial crisis. However, current film production in Tibet can be seen at the FLIM festivals of the Potala Association and other similar events.

4. Support for students from minorities in Western China

Members of our association have been trying for years to support Tibetan and other students from Western China at various educational institutions in the Czech Republic and elsewhere in Europe. One of the Tibetan students received a scholarship in the Czech Republic and is currently studying computer science at a technical college. Our future goal is, for example, to translate computer operating systems to Tibetan and to make many programs available to Tibetan users.

People who are interested can also get involved in supporting high school and university students directly in Tibetan areas.

If you are interested in your activity, join us. We welcome any financial contributions and other forms of active participation! Thank you!

5. Organic fertilizer from our yaks

As byproduct from our lifestock of yaks, we can offer ecologic fertilizer. Just follow this link (in German): https://yakdung-eco.eu/